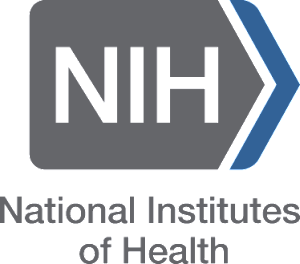 The following statements and recommendations were made by Dr. Padula at the National Institutes of Health Consensus Development Conference: Rehabilitation of Persons with Traumatic Brain Injury, in 1998:

It is recommended that the draft manual be adapted to include the following:

Persons who have experienced a traumatic brain injury frequently will have vision problems that cause a wide range of symptoms 1.2 -” The symptoms include diplopia (double vision), photophobia (glare sensitivity), difficulties with reading causing the print to appear in and out of focus as well as seeing words moving about the page, headaches and eye strain. These symptoms are well documented in the literature related to binocular vision disorders such as convergence insufficiency, accommodative insufficiency, oculomotor dysfunction, and photophobia. It has traditionally been thought that visual problems can only occur with open head injuries.’ More recent literature and clinical findings from many optometrists practicing neuro-optometric rehabilitation have determined that this is untrue. In fact, most individuals who have suffered a closed head injury and/or whiplash can experience visual disorders that directly interfere with function and performance as well as the ability to progress in prescribed rehabilitation programs including physical, occupational, speech and cognitive therapies.

Recent research has documented that there are two separate visual processing systems. One system which is more related to the occipital cortex in function analyzes and searches for detail. This system is termed the focal visual process and is related to visual acuity. The second visual processing system is termed the ambient system. Information from the eyes is delivered to levels of midbrain to match up with other sensory-motor systems for the purpose of establishing spatial function related to posture, balance, movement and ambulation. It is this second visual processing system, the ambient process, that is often affected following traumatic brain injury as well as whiplash. The dysfunction involving this portion of the visual process directly interferes with the ability to organize and orient in the environment spatially. Dysfunction of the ambient visual process interferes directly with binocular vision function. The result can cause one of two syndromes: Post Trauma Vision Syndrome or Visual Midline Shift Syndrome.

Post Trauma Vision Syndrome (PTVS) has been documented by conducting brainwave studies (visual evoked potentials) of the visual cortex’. Research shows that the amplitudes of wave patterns (P100) are greatly diminished, indicating reduced function. When using prisms and occlusion the amplitudes increased, indicating that the ambient visual process became re-balanced and resulting in improved visual function. In many cases, the almost immediate increase in the VEP amplitude is accompanied by a reduction in the characteristic symptoms of Post Trauma Vision Syndrome which include headaches, eye strain, difficulties with reading, problems with attention and concentration and disorientation.

Visual Midline Shift Syndrome (VMSS) occurs when the perception of a person’s concept of visual midline shifts to the side. This causes the person literally to lean to the side, forward or backwards. This interferes with all aspects of balance, coordination and ambulation. Treatment has been developed through the use of yoked prisms to shift the midline back to center. Dramatically, in many cases individuals will begin to not only establish improved balance, but in cases of hemiparesis or hemiplegia, will even begin to weight bear on their affected side.

Neuro-optometric rehabilitation is defined as “an individualized treatment regimen for patients with visual deficits as a direct result of physical disabilities, traumatic brain injuries, and other neurological insults. Neuro-optometric rehabilitation therapy is a process for the rehabilitation of  visual/perceptual/motor disorders. It includes, but is not limited to: acquired strabismus, diplopia, binocular dysfunction, convergence and/or accommodation paresis/paralysis, oculomotor dysfunction, visual-spatial dysfunction, visual perceptual and cognitive deficits, and traumatic visual acuity loss.” (See Appendix A)

Persons who have suffered a traumatic brain injury and who have visual dysfunction from Post Trauma Vision Syndrome and/or Visual Midline Shift Syndrome are at a great handicap when attempting to perform other prescribed therapies. Conditions of diplopia, convergence insufficiency, accommodative dysfunction and visual midline shift will directly interfere with the prescribed therapies and frequently cause the therapist to document in their records that the person has plateaued and will not make any further progress. It has been found that by integrating neuro-optometric rehabilitation into the multi-disciplinary services of rehabilitation, visual problems can be diminished, thereby enabling other therapies to be more successful. For example, a person who has experienced a traumatic brain injury with a resulting hemiparesis will frequently have a visual midline shift syndrome. By prescribing the appropriate yoked prisms to bring the visual perception of midline back to center, increased weight bearing can be developed on the affected side. These prisms may be used in a transdisciplinary approach in physical therapy, enabling the therapist to maximize the potentials beyond those which could be established without the use of yoked prisms.

As representative of the Neuro-Optometric Rehabilitation Association, I have been asked to emphasize that insurance companies, the federal government, private insurance companies, and families are spending extraordinarily large sums of money for rehabilitative services which do not include neuro-optometric rehabilitation. The end result is that many individuals do not maximize benefits from these therapies and are placed in compensatory living situations and/or limited skill environments which are usually also expensive to the system in general. Frequently, these patients have been referred to optometrists practicing neuro-optometric rehabilitation months or even years after all other treatments have stopped. Once the appropriate diagnosis and treatment regimen is established for vision rehabilitation, persons will frequently make progress again with visual function affecting the ability to read, balance and ambulate. It then becomes necessary to recommend that the rehabilitation process begin all over again for physical, occupational, speech and cognitive therapies. The Neuro-Optometric Rehabilitation Association International strongly recommends that appropriate vision rehabilitation, evaluation and treatment be incorporated into the existing multi-disciplinary evaluation and rehabilitation team. This will not only maximize potentials for the individual and improve success rates in therapy programs, but will also considerably reduce costs of therapies since many of the problems of the individual are related to visual processing difficulties.

Mr. Chairman and distinguished members of the panel, I cannot overstate the necessity of including vision rehabilitation in the rehabilitation model of persons with traumatic brain injury. The American Academy of Physical Medicine and Rehabilitation has acknowledged the importance of diagnosing Post Trauma Vision Syndrome and has cited this research in their 1998 study guide for all member physicians. If I had the opportunity of more time to show videotapes of patients, I would be able to demonstrate to you the often dramatic results of rehabilitating the visual process in its relationship to performance and function. I have included in my written comments a case study (see Appendix B) of an individual who suffered from both Post Trauma Vision Syndrome and Visual Midline Shift Syndrome. I ask that you spend five minutes to review this case study in order that you might more fully understand the implications of these visual problems affecting individuals who have had traumatic brain injury.

In conclusion, vision is the primary sensory process and when the process is disrupted by traumatic brain injury, it will interfere with recovery and the ability to progress in prescribed rehabilitation programs. The result is lost time of employment, quality of life and substantial sums of money for rehabilitation being wasted if neuro-optometric rehabilitation services have not been integrated into the multi-disciplinary team approach. Vision dysfunction can occur from open head injury as well as closed head injury. The Neuro-Optometric Rehabilitation Association International respectfully requests that the draft document produced by this committee be altered to include this fact and to emphasize the need to include neuro-optometric rehabilitation into the multidisciplinary model of rehabilitation. While the committee has identified all of the rehabilitation service needs of the person with a traumatic brain injury (i.e. physical, occupational, speech, cognitive rehabilitation therapy, psychological counseling, etc.) vision has only been mentioned in passing within different areas of the manual. It needs to be identified, documented and referenced in relationship to the overall rehabilitation of the patient. In addition, there is a need to develop research to study this important area of vision and vision rehabilitation more closely as well as to examine its potential to reduce costs to federal and third party reimbursement programs.