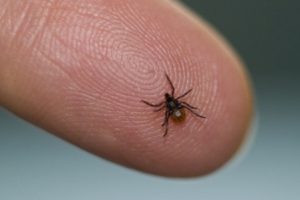 Lyme disease and tick-borne disease is a silent worldwide epidemic that shows no discrimination against children or adults. It is challenging to diagnose the many forms of tick-borne disease because the spirochete causing the infection can cloak itself and become invisible to the body’s surveillance for foreign organisms. In order to be diagnosed the body must produce antibodies against the intruding organism producing antigens. The spirochete can change its protein outer coat like someone changing a winter coat causing the body’s ability to detect the organism to become very difficult. In addition, the spirochete can hide for periods of time in tissue defying detection then emerge periodically producing a wide variety of symptoms. In addition, the spirochete can avoid the immune system attack by producing bio-films around the organism that protects the organism from the body’s defenses. Many persons bitten by a tick and infected don’t produce the signature ‘bull’s eye’ rash. When the symptoms appear, such as, fever, chills, headaches, joint pain, etc., it mimics the flu or a virus.

There are over ten different types of tick-borne disease. Lyme disease is produced by Borrelia burgdorferi . Other tick-borne diseases are Bartonella, Babesia, Erlichia, Anaplasma phagocytophilum, Babesia microti, Powassan virus, Borrelia miyamotoi and the Ehrlichia muris-like organism. These co-infections are difficult to diagnose and frequently go untreated, contributing to an increase in morbidity and mortality from tick-borne disease.

Infection can cause a wide range of symptoms and characteristics ranging from flu-like symptoms, fatigue, severe headaches, rash, pain, gastrointestinal problems, cardio-vascular problems and changes in personality as well as psychiatric complications.

Visual symptoms are common with tick-borne disease. Symptoms can include: blur, visual fatigue, diplopia (double vision), headaches associated with visual activities, photophobia (light sensitivity), losing place when reading, seeing words appear to double or become double when reading, and more obscure problems often not associated with vision such as difficulty with balance, spatial orientation, memory, comprehension, feeling of being over-whelmed by being in a busy-crowded environment with movement of people and objects, sensitivity to sound, to name several. The cause of the visual symptoms is because the tick-borne disease affects visual processing in the brain. The visual processing dysfunction will affect function, performance, cognitive and balance related activity. Our research (publication pending) on visual evoked potentials (VEP) has documented a biomarker caused by tick-borne disease on particular amplitude of the brain wave recorded for the N-75. This is an indication that the balance between the two visual processes in the brain becomes affected by the tick borne-disease. The imbalance causes compromise of the spatial visual process affecting balance, spatial orientation, posture, movement and the ability to adapt to environmental changes. When the spatial visual process if affected visual plasticity or the ability to adapt to change reduces. This causes the person to work harder to use the vision through the conscious portion of the visual process. However, the conscious visual process requires the spatial visual process in order to be efficient and to adapt to change. Without this platform by the spatial visual process, visual function and performance becomes affected producing effort and strain that will lead to fatigue, discomfort and compromise of higher visual-perceptual processing associated with memory and cognitive function.

Our research also demonstrates that the VEP biomarker can change with the introduction of prisms in glasses. The improvement in the VEP correlates with improved balance between the two visual processes, which can result in a reduction of symptoms as well as improved balance, posture, etc.

The research also shows that when the visual process is compromised by tick-borne disease the person will develop compensatory habits in order to attempt to function with their compromised vision. Medical treatment for the Lyme or tick-borne disease does not always resolve the visual problems and that without treatment with lenses, prisms and in some cases Neuro-Visual Postural Therapy ™ (NVPT) the visual process will remain compromised even following completion of the medical treatment. This is particularly true for children. Tick-borne disease will interrupt the critical cycles of development causing not only visual symptoms but also the possibility of developmental delays and interference in learning. It is important to provide an in-depth visual evaluation not only of eyesight but of visual processing as well as visual intervention to re-establish balance in visual processing as soon as possible to avoid compensatory behaviors and interference with child development.