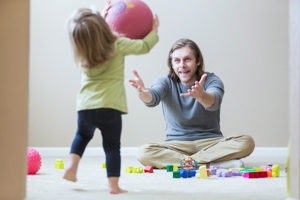 Autism Spectrum Disorder (ASD) is a range of complex neurodevelopment disorders that are, typically, characterized by patterns of behavior and socially awkward interactions.

Children can become symptomatic as early as the first 6 to 12 months. However, because symptoms can be delayed, diagnosis is sometimes difficult and will not be possible until the child is older.

Autism Spectrum Disorder, the term ‘Spectrum’ refers to a range of symptoms and disabilities and as recently as 2013 the Diagnostic and Statistical Manual of Mental Disorders (DSM-5, published in 2013)  redefined the spectrum to include Asperger syndrome, childhood disintegrative disorder, and pervasive developmental disorder.

Children with autism or a spectrum disorder will have changes in visual processing which manifest as vision problems. Often the spatial visual process becomes affected causing the child to isolate on details and perseverate visual attention on repetitive visual behaviors. Balance and posture can also become affected due to the interruption in organizing the spatial visual process. Often children will begin to shift their weight anterior (forward) placing more weight shift on to their toes. Tripping and falling may be a consequence and/or the child will develop a tendency to walk on their toes (‘toe-walking’). Some children will begin to run instead of walking due to the weight shift forward. This can be due to a Visual Midline Shift Syndrome (VMSS) in which the spatial visual process mismatches information with the balance centers causing this behavior.

Yoked prisms can be effective in realigning the visual midline. This will frequently result in improved posture and balance causing increase weight shift posteriorly during movement. For one child there was a constant touching of objects and people in attempt to gain awareness of the child’s position sense. This caused problems when the child was in school or public places because the child was constantly touching the other children and people. Yoked prisms were prescribed in glasses to realign the visual midline. Within one week the child stopped touching people and objects and demonstrated an increased heel strike with walking. This resulted in improved balance and elimination in the toe walking the majority of the time.

At the Padula Institute of Vision Rehabilitation, the child with autistic or spectrum disorder will be carefully evaluated for imbalance in the developmental nature of visual processing. Prescriptive lenses with prisms as well as Neuro-Visual Postural Therapy ™ (NVPT) may be recommended to affect these imbalances in visual processing. The recommendations and treatment regimen will be individualized for each child.