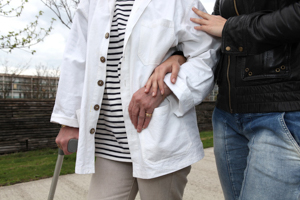 Falls are a major public health risk (Centers for Disease Control, 2004). Each year over 37 million people seek medical attention for a fall related injury costing 19 billion dollars for injuries sustained in the year 2000 (Stevens, Corso, Finkelstein, & Miller, 2006). In the U.S., 25% of all hospital admissions are for injuries secondary to falls (Centers for Disease Control, 2004). One in three people over age 65 will sustain a fall each year (Trump, Pluijm, & Smit, 2001).

Considering older adults, falls are the most common cause of injuries and hospital admissions for trauma which accounts for 87% of all fractures in patients who are 65 years and older (Fife & Barancik, 1985). Added to this concern is that 53% of those adults discharged from medical care for fall-related hip fractures will experience another fall within 6 months, developing increased risk for chronic morbidity according to Creditor (Creditor, 1993). Neurologic events such as traumatic brain injuries (TBI), cerebrovascular accidents (CVA), and chronic neurological conditions including Parkinson’s disease, multiple sclerosis, and cerebral palsy can directly affect posture, balance and spatial orientation; thus, these conditions significantly increase patients’ risk of fall (RoF)
(National Hospital Ambulatory Medical Survey, 2015).

The prevalence of TBI and CVA is increasing rapidly in the United States, with an estimated 50 million people suffering from CVA, and an additional 10 million from TBI (Padula, Argyris, & Ray, 1994). Vision problems can cause difficulties with balance.

Along with aging and /or a neurological condition caused by aging compromise of the visual spatial process can occur affecting balance and posture. This can cause a shift in the center of gravity due to a shift in visual midline. The visual midline is developed early in life to enable the child to use visual spatial information to match with information from our balance systems. When there is a mismatch later in life the visual midline can become shifted forward (anterior), backward (posterior) or laterally. When this occurs balance is affected due to what is termed a Visual Midline Shift Syndrome (VMSS) and the risk of fall (RoF) will increase. Research by Dr. Padula and colleagues has demonstrated that yoked prisms can be prescribed to shift the visual midline thereby realigning the center of mass with the body’s center. This improves weight shift during movement and reduces RoF. The prescription of yoked prisms can be included into a regular prescriptive pair of eyeglasses. For most individuals the amount of prism prescribed is a low power. However, the higher the RoF, the higher the amount of prism needed to improve balance to reduce the RoF. At the Padula Institute of Vision Rehabilitation a thorough evaluation of posture and movement will be conducted in relation to vision.